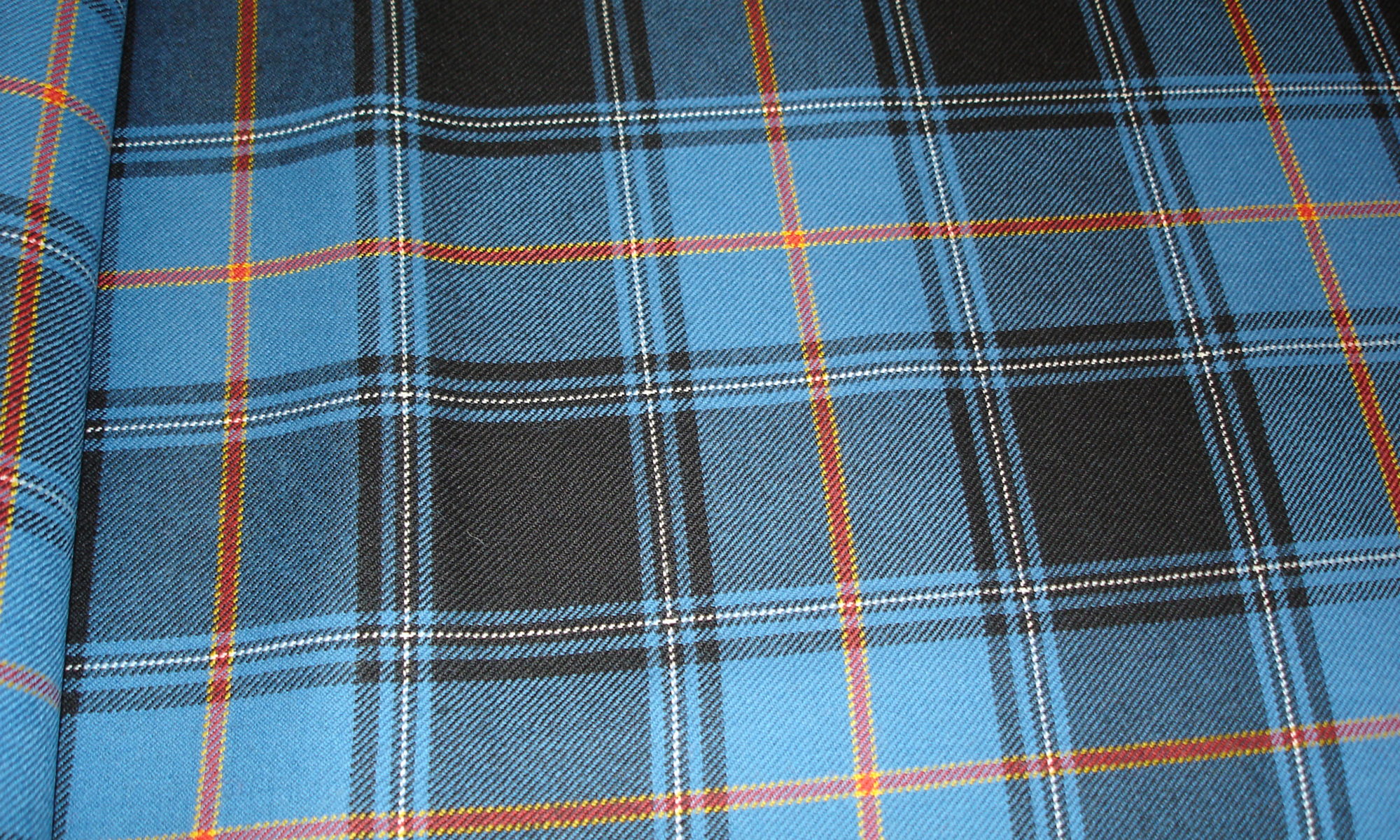 Estonian National Tartan was given as a token of friendship to Estonia by Scotts in 2005, the project organised by Honorary Consul to Estonia at the time Iain Lawson.

The tartan was produced as a symbolic gift from the people of Scotland to the people of Estonia and marks both the historic and the new links between the two countries. Designed by Perth-based House of Edgar, the tartan uses the blue, black and white of the Estonian flag plus gold and red from the Lion Rampant to emphasise the strong Estonian-Scottish relationship.

This is the piece of cloth that unites us so let’s use it for our enjoyment and in communication between Estonians and Scotts/ Estonia and Scotland.

Estonian National Tartan has been registered in Scottish Tartans Authority.

Tartan is a unique art form and conventionally a textile design comprising woven bands or stripes of various colours and widths, the design sequence being the same in both directions of the fabric – with some exceptions – and normally producing a square pattern which is generally – but not necessarily – symmetrical about defined pivot points or stripes (definition by Scottish Tartans Authority).

We produce stuff from Estonian Tartan by order, we also rent you a kilt and other Scottish attire and have a selection of products in our E-shop.